Each Mifare 1k has unique number (UID number). But you will find different UID number read by differen readers because the UID number of MIFARE 1K card has multiple
international standard encoding rules. Some NIC card numbers read by the card reader will be repeated, mostly because the card is not read according to the international coding
rules.

1. The positive code is the decimal number converted by the Manchester code. According to the example, the result is “0713233758”, a total of 10 digits.

2. The inverse code is the decimal number converted by the Manchester code. According to the example, the result is “578468138”, a total of 10 digits.

Any questions of smart cards , contact us, our team wait for you and give you the professional answers.

RFID used in various of applications

Radio Frequency Identification also generally known as RFID has astonished its fanatics simply because of its affect to make more efficient the provide chain management, therefore making this technology the subsequent big factor in the industry. The only problem with the RFID technologies that... read more

Since the COVID-19 effected. Do you know what price of the plastic cards printing ? Up ! Up ! Up! Since everythig is up expcept the salary. How hard we are now. There are 3 main reasons to effect the cost of PVC cards printing up. 1.... read more 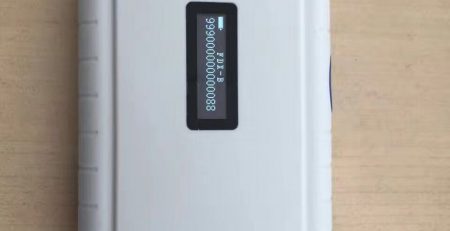 134.2khz reader for animal identification and management. The animal tracking reader reads compatible RFID tags, displays the tag ID on the screen and stores the data to on board memory. The other has the additional capability to upload the data in real time via USB/2.4G... read more

The Best RFID cards supplier in the China